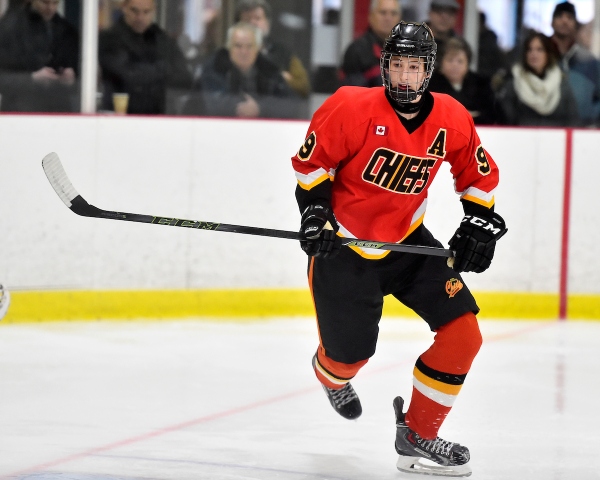 It isn’t hard to find hockey success stories. Players who overcome long odds to make it seem to come along season after season.

But what about players who make the decision to end their hockey career and let go of a chance to play Junior B or make it to the Ontario Hockey League or even the NHL?

Talk to coaches or managers at the Major Midget level and they will tell you those stories happen far more often than you think.

By the ages of 16 and 17, life starts to move. You get a part-time job. You begin to make decisions about school. Some hockey players who have spent nearly their entire lives on the ice decide to put their skates and their equipment away.

And sometimes it is simply due to the fact that finding a team to play with isn’t easy. Especially in Elgin-Middlesex county. Major Midget players have to look to London or Sarnia or even Huron-Perth.

Beginning next season, that is going to change.

The Minor Hockey Alliance of Ontario has confirmed that the Elgin-Middlesex Chiefs will operate a Major Midget team in 2018-19.

“The Major Midget year is a unique year,” outlined Chiefs Vice-President of Hockey Operations, Serge Babenko. “It provides an important bridge for 16-year-olds, especially 16-year-old goalies to have a place to play. It can really be a turning point for all those players.”

Without a Major Midget program, Babenko says players in the area who had been playing with the Elgin-Middlesex Chiefs for much of their minor hockey careers, who maybe didn’t have the means to travel to centres, were sometimes forced to make some difficult choices.

“[The players] are at [an] age [where] they could be getting jobs. [It is] a fork in the road where they are trying to decide whether to continue playing hockey. To have to drive two hours for a practice versus being able to stay locally with a group of players who have played with each other for a number of years is exciting.”

That excitement may extend beyond the Major Midget level as well. Part of the presentation made to representatives from the Alliance outlined potential new features for the Chiefs’ home at the Komoka Wellness Centre.

“We have plans to add a three-room expansion,” says Babenko. “It would be dedicated [to] Chiefs-only and would be located at the back of the facility and feature our two dressing rooms plus a trainer’s room.”

Babenko admits the additions would provide a real attraction for players.

“Part of playing at that level and staying with an Alliance team is the fact that [it resembles] a junior program. By treating a player that way, we know we are going to be able to maintain our players and if necessary even attract players from other areas if it is warranted.”

The process to secure a Major Midget entry into the Alliance was not exactly a simple one. You can’t just declare a desire and fill out a form.

“We have to give a lot of credit to the league for having an arduous and thorough process to make sure they maintain the kind of quality product they are putting on the ice,” Babenko explains. “When they evaluated us, they really put us through the ringer. They made decisions based on sustainability of the team. It’s all about maintaining a credible, quality, high-end product that will compete in the junior ranks to make sure that we have the best exposure for our players.”

Those players who have played together will now have a chance to stay together and perhaps hear their named called in the U-18 Ontario Hockey League Priority Selection, which was implemented last season, or catch the eye of a GOJHL team.

The addition of Elgin-Middlesex next year will see the departure of Cambridge from the Alliance loop.

There will be a board meeting on March 26, which will go a long way in outlining the next steps for the Major Midget program, but the biggest hurdle has been cleared.

The Major Midget Elgin-Middlesex Chiefs have been born.

– with files from Mike Stubbs